I recently attended a two day “Advanced Counter-Ambush” driving course with AS3 International. This was my first course with AS3 but not my first driving course. For context, I am a protective services professional with previous driver training ranging from instructor level EVOC, driving in high threat environments, to novice motorcycle race classes in my personal life. I thought I was a pretty good driver…

Nothing humbles you more than the realization that a skill you believed yourself to be proficient in, you actually suck at. You learn that you’ve basically been getting lucky for a really long time and been getting away with some pretty bad habits. This is the nature of AS3 driving courses. In a true step-by-step, building block approach, students are introduced to scientifically developed concepts and techniques and brought along progressively. Each day we began in the classroom. This is admittedly where my background did serve me well, as I was already familiar with the broader concepts of vehicle dynamics, time and distance and performance statistics. That is not to say, however that I did not learn anything of value here. On the contrary, vehicles, technology, and psychology have come a long way since I last sat down to learn about them and AS3 really came with the goods here. Our classroom presentation included lectures and visuals with relevant statistics and information regarding the vehicles we are likely to encounter professionally, and gave us a framework for operating those vehicles much closer to the limits of their performance capabilities.

Once on the “range”, which was the WSIR skidpad, we familiarized ourselves with our tools for the trade: Late model Dodge Chargers, moderately equipped but otherwise completely stock. I can’t leave out the Hyundai Elantra that served hard time helping us learn some of the more -shall we say abusive- drills such as oversteer/understeer, reverse 180 turns and being the “aggressor car” (More on that later) Cones were arranged into various events which tested individual skills and vehicle capabilities. The first was a simple slalom. Accelerate to a prescribed speed, traverse the length of the cone pattern and pass through the exit gate while maintaining an average of the prescribed speed. Like I said, “simple”…right? What you learn very quickly is that simple does not mean easy and for every change of direction you get a decrease in speed which you must compensate for by accelerating, which at first feels completely counterintuitive. But here is where AS3’s staff of instructors reveal themselves. Run after run, rep after rep, the instructors patiently and expertly explained what was happening with the car, what the driver’s inputs were, and how to correct the mistakes we were making. As our skills grew, so did the difficulty, and complexity of the exercises. Once demonstrating proficiency with individual skills, instructors began tasking us with combining our skills to solve multiple problems simultaneously. This is a good place to stop to mention that it’s here where I found the greatest value of this course, which was not how much improvement I gained in my driving – and that was substantial. The most valuable thing you learn in an AS3 course is how to think about problem solving in and around motor vehicles, and understanding what a vehicle can and cannot do. It is in this context that the decades of experience of not only driving at a high level, but operating in hostile environments and situations that the Mexico City based group truly shines. They have well thought out, well developed answers to questions and solutions to problems I hadn’t considered prior to attending this training.

By day two we were rocking and rolling; far more comfortable now with making the more extreme inputs to the controls of the car, but making them smoothly and with intention. So what do you do when your students begin growing out of control? You add stress. We suddenly had the element of time to deal with as each exercise now came with a “par time” which was based on a formula for reaching 80% of the vehicle’s capability threshold. As the day progressed we were informed that the course would culminate in a final training exercise or “FTX”. Without giving too much away, the FTX as you might expect included a combination of all we had learned, arranged in a sort of circuit that we had to navigate safely, accurately, and for time. There were also some

unexpected elements to harass and distract us from the problem at hand and create additional chaos. It’s here again where I must stop and make note of the instructor staff, and their professionalism and dedication. Willow Springs is located in the middle of the Mojave Desert. The ambient temperature was well into the triple digits on both training days. Our instructors stood on hot tarmac in the direct sunlight during the hottest part of the day and patiently took as much time as was needed to get every single student beyond the 80% standard for successfully completing the course. Even when a couple of us needed additional attempts to pass, there was never any question that they would stay until we got it right.

If I had one critique or suggestion for improving the course, it would be to split up the classroom time and bookend the driving with classroom sessions. For example, I would have found it to be really valuable to sit down in the classroom after the day’s driving and debrief the drills and skills so that I could take some notes and get to hear instructor feedback, not only for my driving but also to get to hear the feedback for everyone else. I do understand that once we are on the ‘range’ it’s difficult to predict when we might need to run late and it’s better to be sure all info gets covered before heading out, but speaking for myself, I would appreciate a proper debrief in future courses.

So, who is this class for? Well, given my background and the title of the course, one might think you need to be Denzel Washington in Man on Fire to want to take this class. But the truth is that anyone who drives a car on a regular basis could and should benefit from this kind of training. While much of this class was presented in the context of security, you could substitute “counter-ambush” for any of a myriad of potential hazards those same skills will prepare you for dealing with. Again, this class is about problem solving in vehicles and understanding what a car can and cannot do and those concepts are universal. I get the keen sense that AS3 is a training company on its way up, and as a student, practitioner and instructor myself, I’m quite looking forward to future training endeavors with this team and highly recommend them for your driver training needs. 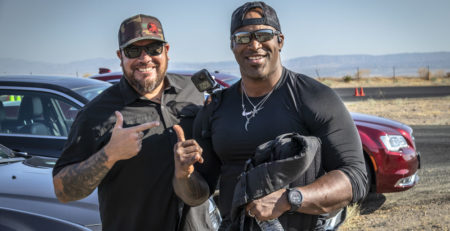 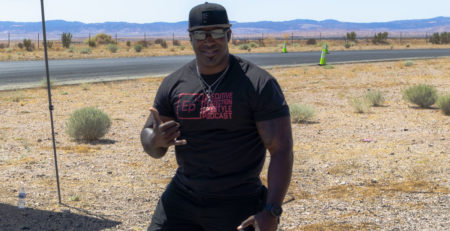 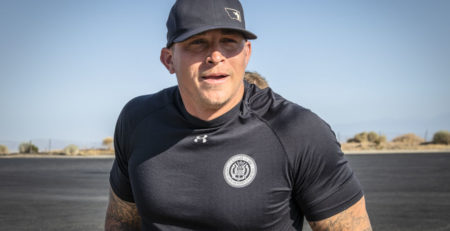 Chris is an Executive Protection agent and Security Driver working in the... read more 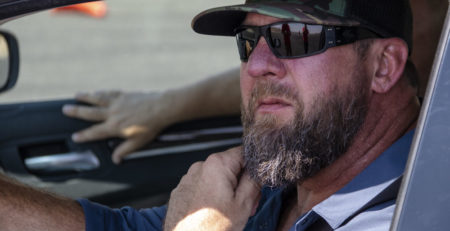 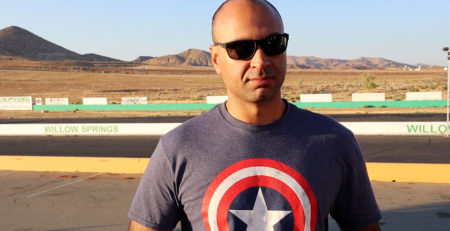 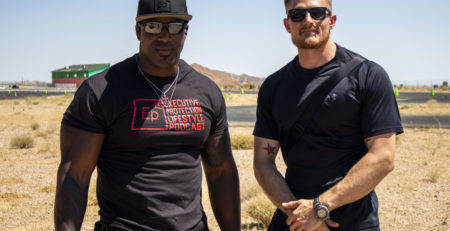 Michael is an executive protection agent and Security Driver in California, this... read more 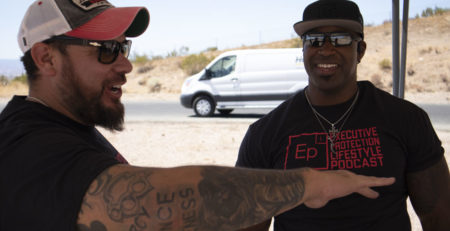 Aaron Mauldin is one of the leading voices for the modernization and... read more 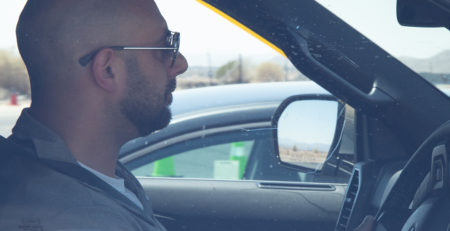 Rafael is an Executive Protection Professional from Holland, in the US with... read more

Developing a training program is no simple feat. Knowing about security or tactical operations is not enough. Designing a great program requires knowing how you learn, how your brain processes, stores, and retrieves information, especially under stress.

It requires knowing what mistakes were made in the past and developing a program that can rewire your brain to avoid them, all this in a short time frame.

That requires mastery! That’s what AS3 offers you, years of research in a two to three-day training program.

We finally have a home in The Bay Area

January 15, 2021
Manage Cookie Consent
To provide the best experiences, we use technologies like cookies to store and/or access device information. Consenting to these technologies will allow us to process data such as browsing behavior or unique IDs on this site. Not consenting or withdrawing consent, may adversely affect certain features and functions.
Manage options Manage services Manage vendors Read more about these purposes
View preferences
{title} {title} {title}
Sing Up to Receive Updates for New Open-Enrollment Dates
Frequently Asked Questions

Are prices stated in USD or MXN?

Will the course be held in English or in Spanish?

Can I bring a companion on my trip?

Pablo2021-11-15T19:34:20-08:00Absolutely we'd be happy to have them, we just need to know in advance to notify the hotel. Your companion is also welcome to come to the track as an observer, no additional fees are required.

Should I be concerned about my safety while in Mexico?

Are there any special requirements for traveling to Mexico?

Do I need to bring food?

Pablo2021-11-15T19:50:11-08:00No! We will have lunch catered to the track, you will receive a menu to choose from at the beginning of the day. At the track, you'll find water, coffee, and snacks throughout the day. Please contact usContact Us if you require a special kind of meal (i.e. vegan, gluten-free, etc.), we'll try our best to accommodate any requests.

Can you help with accommodations?

Pablo2021-11-15T19:46:56-08:00Of course! We offer a courtesy package that includes everything you need so that you can worry only about training and nothing else. Please take a look at our package here or contact us with your specific requests, we'll try our best to help.

Can I bring my own car?

Pablo2021-11-15T19:46:56-08:00Yes, you can! but we strongly advise against using your own vehicle for all the exercises since it will put more stress in the car than it was designed to endure on a single day. If you want to do some exercises on your own vehicle after we are done you may do so, and that way you'll feel the equivalence of what you did during the day on your everyday car.
View More
Current Month